Roughly 10% of people worldwide experience symptoms associated with Irritable Bowel Syndrome (IBS) and due to the nature of this disorder, achieving any degree of relief is extremely challenging for patients.  However, a significant milestone has been achieved during a clinical trial conducted by Enbiosis, a biotechnology company that specializes in developing personalized nutrition plans by analyzing bacteria within the human intestine via the application of advanced, next generation DNA sequencing of the microbiome and artificial intelligence. With these two elements dictating a patient’s customized dietary plan,

78% of the patients with irritable bowel syndrome observed statistically significant improvement in their symptoms.

Research on the relationship between our microbiome and various connections to human health is still in its infancy. What has been well established thus far are certain pathways and mechanisms of action by which imbalance within the microbiome can at the very least be a contributing factor, and at most be a direct cause, of clinical conditions such as obesity, neurological, or brain, disorders, blood sugar or cholesterol irregularities, fluctuations in blood pressure and even eczema.

That is not to say that certain diets, the FODMAP diet specifically, have not demonstrated some level of success in the short term. However, FODMAP has also been found, in the long term, to decrease overall bacterial abundance, as well as the decrease of bifidobacterium, perhaps one of the most important beneficial bacteria to IBS patients.  With that in mind, having the ability to leverage artificial intelligence to target exactly which foods have the ability to modulate the microbiome, support bacterial abundance and nourish the most beneficial bacteria, it made the most sense to determine whether this approach could have a positive impact on this particular patient population.  And it did.

Commenting on the details of the study, Dr. Özkan Ufuk Nalbantoğlu, the Chief Technology Officer of ENBIOSIS, said that during the first stage of the study stool samples were collected from a cohort of 25 subjects diagnosed with IBS-M according to the Rome IV criteria. The patients were then divided into control and treatment groups. The treatment group followed an AI-generated microbiome-based personalized diet and was monitored by dietitians for 6 weeks. The control group followed a standard nutrition program for 6 weeks.

Nutrition programs for the treatment group were designed based on individual needs revealed by the analysis of the next generation 16S DNA sequencing of the gut microbiome. Typically, either FODMAP or elimination diets are generally accepted in the treatment of IBS, however, this approach accounted for the biochemical and microbioata individuality and tailored the diet accordingly. Among the parameters assessed via the microbiome to determine these key foods for the participants to eat include but were not limited to:

At the end of six weeks, stool samples were collected from both groups and analyzed again to compare with the first samples.

Dr.Nalbantoglu has further elaborated on the results of the study by stating that statistically significant improvements in the IBS symptom severity score as well as significant positive changes were observed in groups of bacteria that are well known to be associated with IBS in the microbiome profile of the ENBIOSIS diet group as compared to the standard diet group. 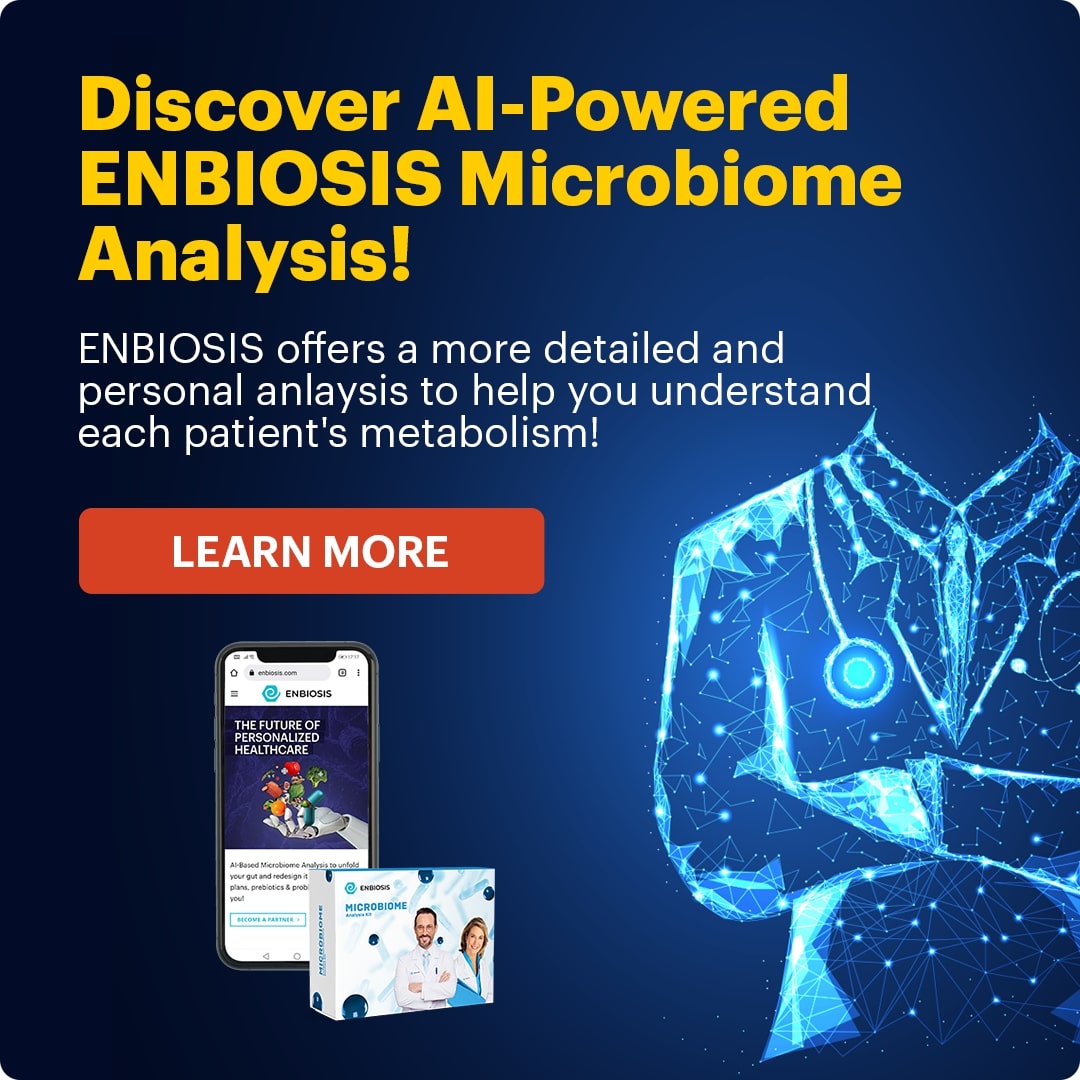 After Success in IBS, Groundbreaking Results Are Just The Beginning

Dr. Nalbantoglu emphasized that they aim to disseminate disease prevention and treatment support approaches through the intestinal microbiome. ““Increasing number of scientific studies in recent years indicate that the bacterial balance in the intestines is related to many diseases. As ENBIOSIS, we aim to use the latest in artificial intelligence to provide nutritional support to medical treatment processes applied to conditions such as Crohn’s, ulcerative colitis, irritable bowel syndrome, obesity and eczema.  And while this groundbreaking IBS study is just the beginning of our journey in using technology and applying it to improving the microbiome and associated systems in the body, we think this current IBS study represents an important development for the scientific and medical communities and clearly demonstrates the power of microbiome based personalized health solutions.”

Dietitian Büşra Yavuz is graduated from Ankara University, Faculty of Health Science. During her career, she conducted various studies in the field of sport nutrition and microbiome. Now, continues to work within ENBIOSIS as a SEO content writer and global marketing specialist.